As 21st century cities continue to grow, their capacities to adapt, learn and transform need to increase as well, especially in vulnerable neighborhoods. Cities are key players in the global movement to address the threats posed by climate change. Cities across the world can thrive when they invest in climate-resilient infrastructure, information management systems and risk-reduction programs. But residents who live in risk-prone areas are often left out of the planning and implementation process, leaving them even more vulnerable.

Through the UCRA process, workshops and community surveys help vulnerable citizens better understand the changes they are seeing in their local climate and figure out how to prepare their social, economic and environmental systems to minimize their losses. For example, people in Ugat, a settlement in Surat, live near a storm-water drain that floods frequently due to irregular waste collection and inadequate infrastructure. During community workshops, residents chose to address poor waste management as a critical challenge that increases their vulnerability to monsoon flooding.

Recommendations from the UCRA were shared with city officials in all three cities. Now, it is up to city governments to take this information and plan stronger, more climate-resilient neighborhoods.

Cities can build more resilient neighborhoods and benefit from applying the UCRA in four ways. 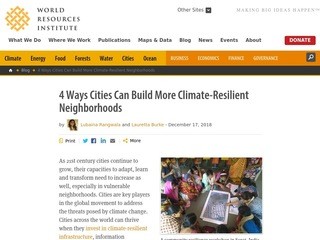 Integrating Climate Action Across the Mission 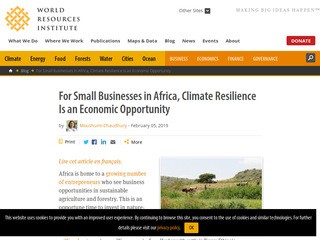 For Small Businesses in Africa, Climate Resilience Is an Economic Opportunity 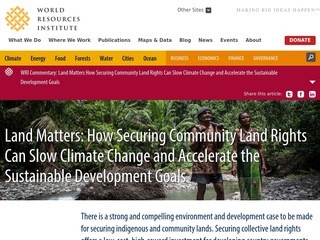