Climate change is emerging as one of the biggest threats to Zambia’s economic and social development. Because most of Zambia’s population lives in poverty, it is imperative that people receive assistance to adapt to climate change. The impacts of climate change over the last 30 years, such as floods and droughts, were estimated to have cost Zambia $13.8 billion in GDP loses (Watson et. al. 2013). Sectors heavily reliant on natural resources, in particular rain-fed agriculture on which most of the population relies on for their livelihoods, appear to be the most vulnerable to climate change. Existing and planned infrastructure projects are also at risk, due to more frequent and severe floods (Watson et. al. 2013). It is therefore critical for Zambia to invest in climate adaptation to build resilient communities and economic sectors that are key to the country’s development path.

While substantial gains in adaptation finance have been made primarily from international donors, stakeholders including civil society organizations (CSOs) supporting vulnerable communities, identified several areas where further efforts are needed to strengthen the effectiveness of the delivery of adaptation finance to reach the ones who need it most. Because international donors are increasing their pledges for adaptation finance annually, civil society needs to ensure that this funding reaches and benefits the most vulnerable communities within Zambia. The impacts of climate change will usually be highly localized and varied depending on the vulnerabilities of the region; therefore community participation is crucial to provide the necessary information for effective responses to climate change.

To make sure that this increased spending reaches the most vulnerable communities, Oxfam, the Overseas Development Institute (ODI), and the World Resources Institute (WRI) launched the Adaptation Finance Accountability Initiative (AFAI) at the 2012 UN climate change negotiations in Doha, Qatar, to monitor the flow of adaptation finance. Zambia is one of the four developing countries participating in a pilot programme in which local civil society groups tested financial tracking tools and examined community involvement and financial accountability. This report is based on research that was done by the Zambia Climate Change Network (ZCCN) and Pelum Zambia. It provides insight from efforts that were made to track the delivery of adaptation finance from the national to local levels, and identifies the role and extent of participation from civil society at the community level. 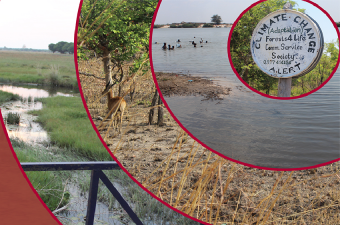 Beyond loans: instruments to ensure the poor access climate and development finance 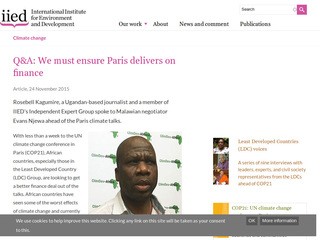