A three-minute photofilm illustrating some key quotes and images from 10 international conferences on community-based adaptation, dating back to January 2005.

The photofilm was debuted on the final day of 10th International Conference on Community-Based Adaptation (CBA10), which took place in Dhaka, Bangladesh from 21-28 April, 2016. 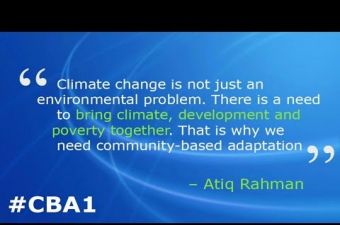