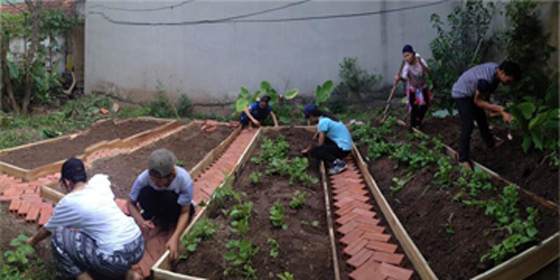 Vietnam, with an area four times the size of Ireland has a population of over 94 million. Despite the impressive progress it made in the past two decades, significant numbers of people, particularly those from ethnic minority groups, continue to live in poverty.

We help support local government to be better able to respond to the particular needs of poor ethnic minority communities and other marginalised groups. We are supporting men and women living in these communities, and local civil society, to have a say in decisions that affect them.

Welcome to the Vietnam Blog! This area will provide new information related to ongoing work in Climate and Development in Vietnam. You are welcome to share blog posts on your own social media pages through the relevant links below.