Sierra Leone, located on the west coast of Africa, has a total area of 71,740 km2 with an estimated population of 6 million. The average annual temperature has increased by 0.8C degrees since 1960 and projections suggest an increase in annual temperature by 1.0 to 2.6C degrees by the 2060s (McSweeney et al. 2010). According to WHO, flooding in Sierra Leone now poses the biggest threat to health, through increased exposure to water borne diseases; cholera, diarrhoea and dysentery. Ireland provided a total of €326,421 to Sierra Leone in climate finance in 2013. 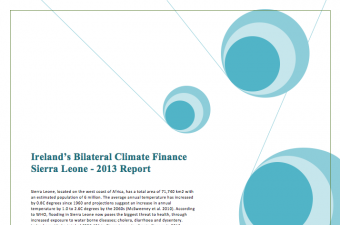 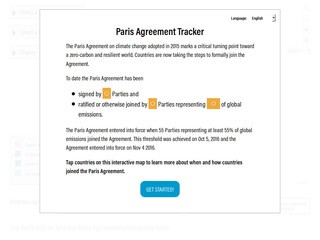