With a total area of 945,087 square kilometres and with an estimated population of over 49 million, Tanzania is one of the largest countries in East Africa. Tanzania is ranked 152nd on the HDI ranking and 16th in terms of vulnerability. The average annual temperature in Tanzania has increased by 1.0ºC since 1960 and is projected to increase by 1.0ºC to 2.7ºC by the 2060s. Ireland supports Tanzania in a number of agricultural, water management and storage, land degradation and carbon sequestration programmes with approximately €3,450,000 in climate finance in 2013. 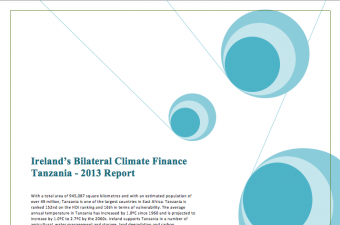