The 30th meeting of the Least Developed Countries Expert Group (LEG) was held in Monrovia from 7 to 10 September 2016. 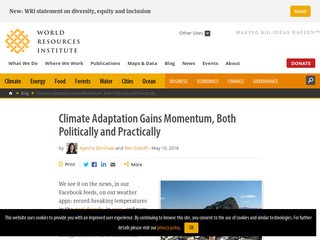 We see it on the news, in our Facebook feeds, on our weather apps: record-breaking temperatures in the past decade, in 2015, and now again in 2016. 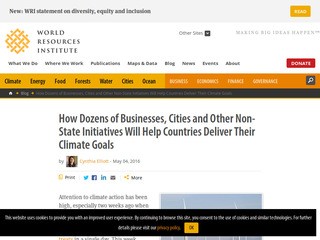 How Dozens of Businesses, Cities and Other Non-State Initiatives Will Help Countries Deliver Their Climate Goals

The Climate Action 2016 summit will be the largest gathering of a wide range of climate actors since COP21 in Paris last year.

This interactive tool enables people to monitor countries’ progress toward ratifying the Paris Agreement, and allows users to create, share and embed their own combinations for bringing it into for 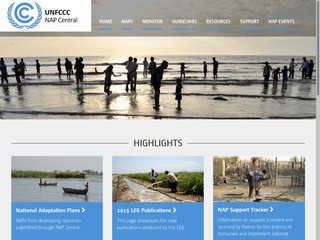 NAP Central is now live and we are glad to share its link with you:

Pushed to the limit: Evidence of climate change-related loss and damagewhen people face constraints and limits to adaptation

At the climate negotiations in Warsaw, Poland (Conference of the Parties (COP) 19th session – COP19) in December 2013, there is a mandate to establish institutional arrangements to address loss and

This paper focuses on how to improve the institutional architecture under the UNFCCC aimed at or involved in building the capacity of developing countries to address climate change. 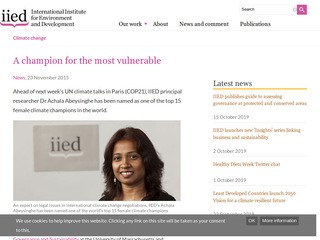 A champion for the most vulnerable

Ahead of next week's UN climate talks in Paris (COP21), IIED principal researcher Dr Achala Abeysinghe has been named as one of the top 15 female climate champions in the world. 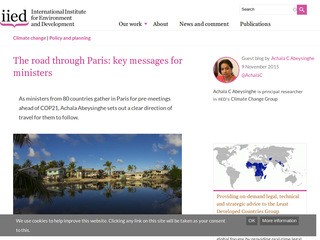 The road through Paris: key messages for ministers

As ministers from 80 countries gather in Paris for pre-meetings ahead of COP21, Achala Abeysinghe sets out a clear direction of travel for them to follow.